Join us at the 63rd International Gelato Exhibition Longarone

Since the first edition in 1959, MIG is both an international showcase of the best products, machines and equipments for gelato parlours and an excellent opportunity to talk and analyse some thematics that concern artisan gelato makers. “How can we safeguard our artisan product?” has always been the core of the debate in Longarone.

Typical products, natural tastes, organic and vegan lines and food intolerances will be at the centre of the attention during the 63rd edition of the exhibition that will take place from Sunday, 26th  to Wednesday 29th November 2023 in the Longarone Trade Fair. Just an hour of highway from Venice, the “gelato city” is in the heart of the so called “gelato makers lands”.

Longarone and the Italian handmade gelato are increasingly close to Europe thanks the two airports of Venice and Treviso -the third airport in Italy for traffic volume- that have numerous direct connections especially with Germany (ten destinations), France, United Kingdom, The Netherlands and the majority of the Central and Eastern European countries.

The International Exhibition of Artisan Gelato Longarone is also famous thanks to its competitions, such as the historical “Coppa d’Oro” that is now at his 53rd edition. The MIG 2023 competitions will draw the attention on the excellences of natural products. Thursday, 28th November will take place the final of “Carlo Pozzi” competition that also this year involves students of Italian hospitality schools from all over the country. There will also be the “Gelaterie in Web” for the best gelato parlour websites and the “Mastri Gelatieri” that awards individuals and families of gelato makers that brought passionately and successfully Italian artisan tastes worldwide. The “Innovazione MIG Longarone Fiere”, that is now at his 8th edition, will award the machines, equipments, furnitures and products innovations about handmade gelato.

1959: first edition of "Gelato Exhibition"
MIG: meeting point for International gelato world
Conventions, meetings, competitions and awards
MIG for trade association
The first edition of the “International Exhibition of Gelato”- MIG - dates back to December 1959. Every year at the beginning of winter this international fair on “cold sweet” makes Longarone (Belluno) the gelato capital, drawing the attention of gelato makers from all over the world. Forty years ago things were different. The initiative began modestly for the willingness of local people: there were only 18 exhibiting companies in the traditional meeting point of the gelato makers from the Valley of Zoldo and Cadore. During the winter, they came back home at the end of the work season from the ice cream parlours of Germany, Austria, The Netherlands, and other European countries. Soon the initiative became more important, but on the 9th of October 1963 everything stopped because of the Vajont disaster. A terrifying wave of water overtopped the dam, destroying Longarone and most of the nearby villages, killing 2.000 people. All the documents of the International Exhibition of Longarone were destroyed and they had to start all over again.
During the years, the MIG has played a more and more prominent role, becoming a qualified meeting point for the international world of gelato. Today it represents not only the main point of reference for gelato makers of the historical Valley of Zoldo and Cadore, but also for the ones from all over the world, as demonstrated by the annual presence of over 30.000 operators, the half of them coming from abroad. The importance of this location is enhanced by the setting at Longarone Fiere premises of Artglace, the European Confederation of gelato makers.
During the opening days, international conferences and meetings on topical subjects are held, and famous competitions such as the “Coppa d'Oro” and the “Carlo Pozzi” award take place. Other significant prizes are the “Sweetest Website Award”, given to the best web-sites of ice-cream parlours, and the “Mastri Gelatieri” award, given yearly to a family or person who contributed to the artisan diffusion of gelato all over the world. Since 2013 “Innovazione MIG Longarone Fiere” awards gelato parlour innovations about food products, machines, equipments and furnitures.
MIG is also the headquarter of the Annual Meetings of Italian gelato makers Associations Uniteis, Ital , Agia and ARTGLACE (the European Confederation of National Associations of Artisan Gelato Makers). 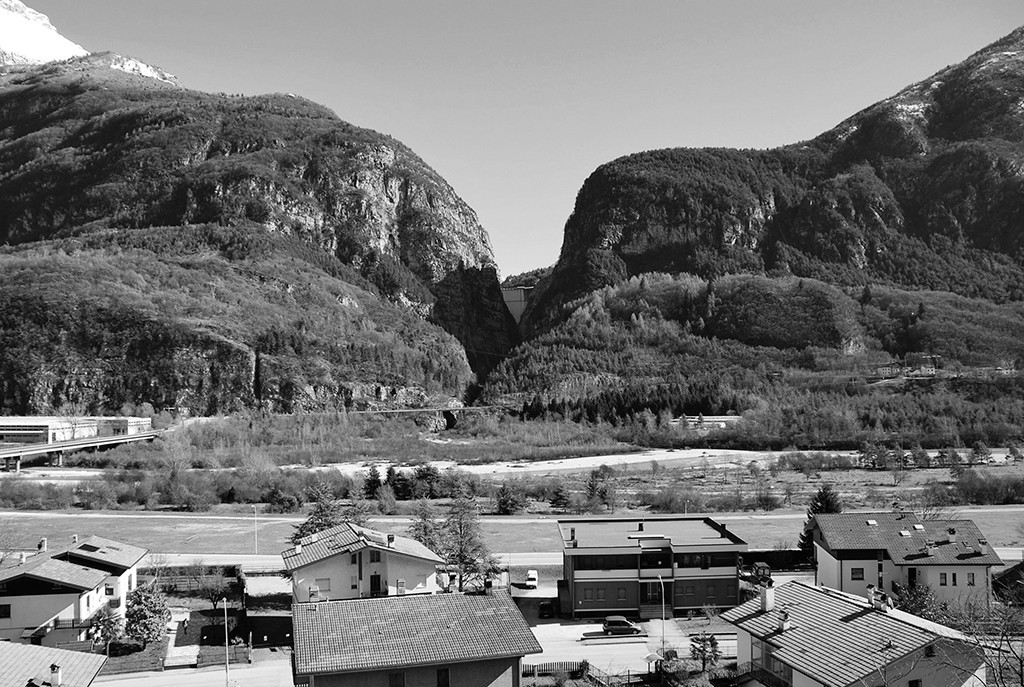 Longarone is a city known for the Vajont catastrophe (the dam is 7 km from the Trade Fair). The city is on the road to Cadore and Valley of Zoldo, homeland of the majority of the artisan gelato makers of Belluno. It is also one of the most breath-taking scenario of the Dolomites UNESCO World Heritage. 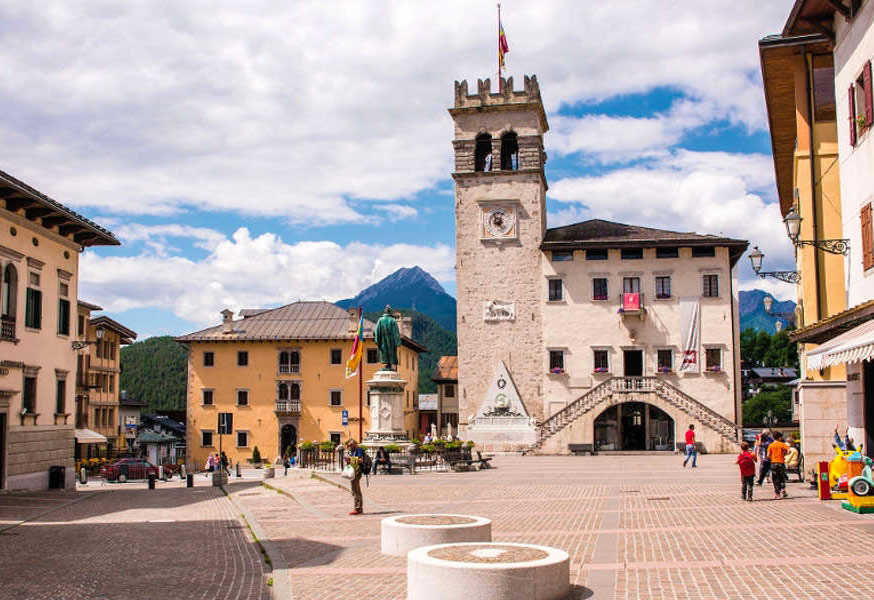 In 20 minutes by car on the road to Cadore you can reach Pieve di Cadore, art city thanks to the richness of historic, artistic and environmental heritage, “Veneto walled city” and home town of the famous Italian painter Tiziano Vecellio.

Cortina d’Ampezzo, the Queen of the Dolomites, is less than 50 km by SS 51 Alemagna from the Fair, as faraway as the rock paradise of Tre Cime di Lavaredo. The Valley of Zoldo opens onto Longarone with the ski area of Civetta and the unique beauty of Monte Pelmo. 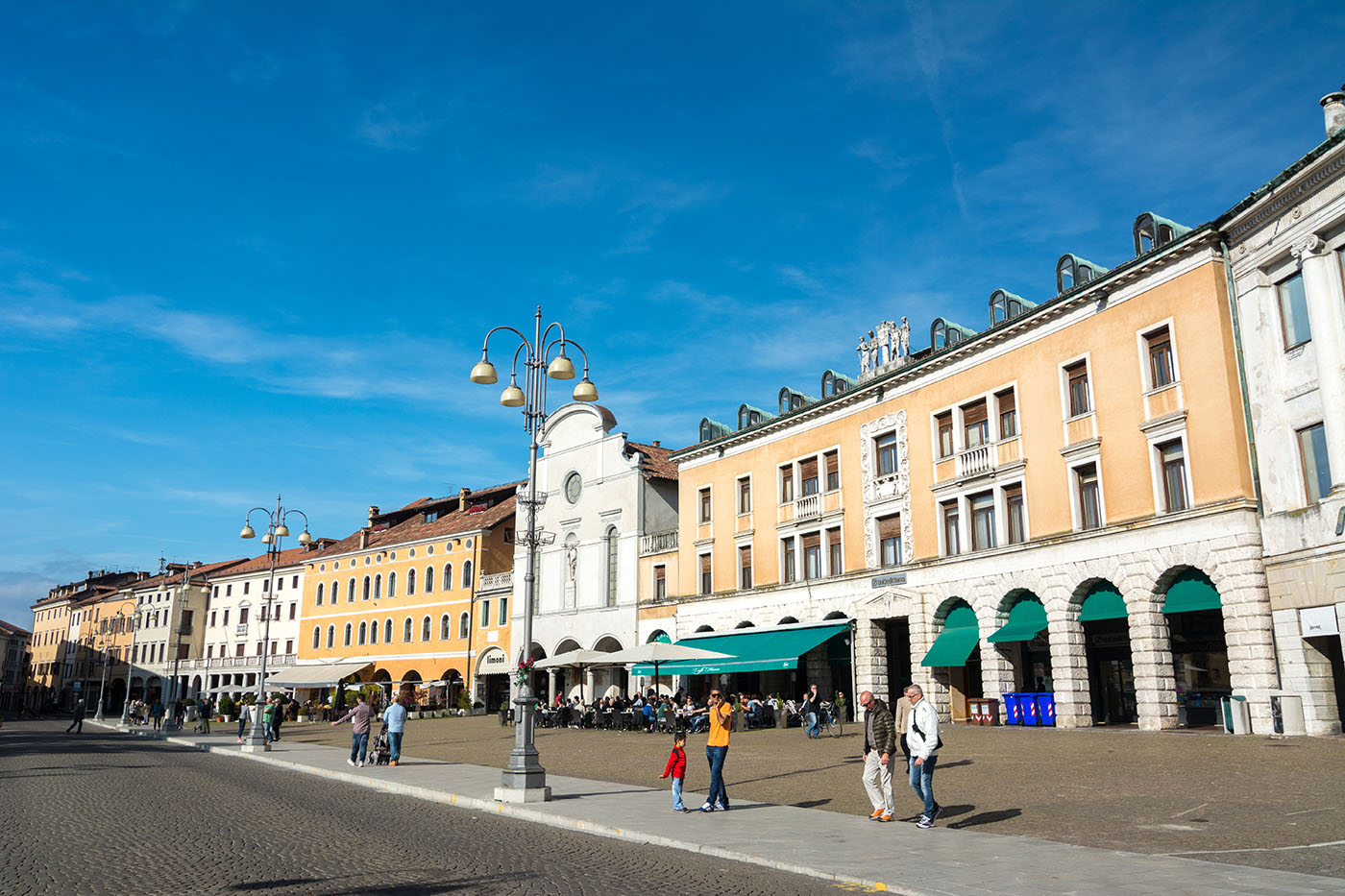 Descending into valley you can find Belluno, the provincial capital, also called “little mountain Venice”. It is a characteristic hamlet built on a rocky ledge above the torrent Ardo nel Piave.

Less than an hour by car from Longarone you can find Feltre. From the old city, characterised by the sexteenth-century Piazza Maggiore and the Renaissance buildings, branch streets and alleys surrounded by painted palaces, elegant double-arched windows, perforated stone balconies and partial view of urban beauties.

FROM DOLOMITES TO VENICE

From Longarone you can quickly reach Venice: by one hour highway you arrive straight at the parking lots of Tronchetto or Piazzale Roma, where the tourist tours of the city start. Along the highway there are also the cities of Vittorio Veneto, Conegliano and Treviso, industrial and commercial areas of great importance and also tourist destinations of international significance.