The 7th May 2019, the catering institute “Ignazio e Vincenzo Florio” of Erice (Sicily, Italy) have been awarded with a vertical frezer. Two students Stella Silvestro and Marta Savona won this prize during the 25th edition of the National gelato competition “Carlo Pozzi“. They won thanks to their course “Egadi Garden” last December during the 59 MIG, The International Exhibition  of Artisan Gelato, whose theme was the excellences of the territory.

“Artisan Gelato is an excellence of Made in Italy and Sicily plays an important role thanks to its ingredients. But only the ingredients are not enough, are necessary artisan gelato makers skills” said the MIG President Fausto Bertolot. One representative of the the greatest gelato artisans is Antonio Cappadonia that gave a private leson to I. e V Florio students. 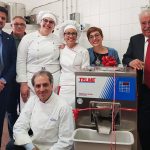 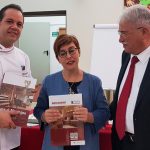 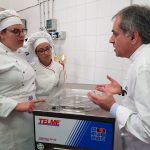 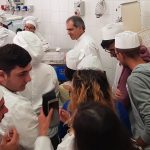 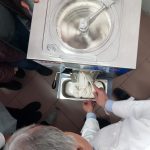 Gelato extraction from the vertical freezer 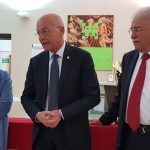 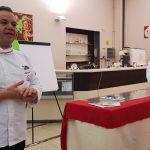